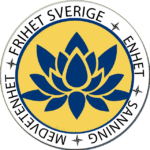 The atmosphere was similar to UK at the start of the Plandemic. Some people were masked, but most people were not afraid of catching the virus. Even so, most people trusted the narrative and believed that there was a deadly virus lurking around. Europeans from other countries were divided into two camps. Those who arrived before the Plandemic were well off, and distrustful of their country-folk who arrived after March 2020 when the Plandemic began. This was true of French, German, British and all other European nationalities. Many refugees were on the verge of suicide and expecting loved ones back home to be injected to death. Making things worse was that they lay under the radar of the authorities and couldn’t find any work due to the semi lockdown conditions of the city.

Some refugees are opportunistic such as, an Irish girl who became a stripper in order to survive and a French Islamophobe who ended up with an Iraqi lady in order to find a home. Others due to standards lose out. An Italian who didn’t like the culture went back to what he described as his home concentration camp, while a German who was abrasive towards other refugees ended up without friends and had to go back to her home country.

February 2021 The atmosphere was a little bit more tense, with more people expecting a harder lockdown and viruses being released along with 5G that would wipe out the city and especially injected dwellers. Social distancing was in place in shops and people were frowned upon for breaking the ritual.

March 2021. Arrival in Eskjo. Very welcome, like going back in time; and less Plandemic hysteria than in Stockholm. Pregnant women seemed to be everywhere. More smiling faces, people are happy to live here and believed that they were safer from the Plandemic than those living in Stockholm or abroad.

May 2021 Most people had not been injected. Most people didn’t know what to do. British and German ex pats appeared to be among the groups most in favour of being injected along with other Europeans despite the fact that they knew that their nations were under tyranny.

Summer 2021 Germans on holiday were divided into groups. While both were relieved that the lockdown measures were less severe and that was the reason in coming here, there were clear divisions. Type 1 German. Injected wearing masks and walking around nervously as though a deadly plague was around. Type 2, came here in order to breath and to escape from the despotic conditions, some decided not to return and to find Swedish friends. Type three, somewhere between the above groups.

At the start of the summer, the immigrants from the Middle East were distrustful of the west and also dead against the injections and wished that their countries had not been bombed and that they were still living there. By Mid Summer many from this group were angry with events back home blaming their leaders while desperate to see their loved ones; in turn many took the injections. By late summer most immigrants were happy to be living in peaceful Eskjo and had taken the injections and some were dreading the arrival of Afghanis.

Many people including Swedes were immediately ill from taking the first injection. A few were scared of dying. The typical victim: average weight, between twenty five and forty. After recovering the victim went on to having a second dose. Had the first shot changed the thinking of the brain? Many of these people were sceptical and scared of taking the first dose, how did they then after in many cases being violently ill for the first time in their lives acquiesce to the second shot?

The Plandemic is not the only issue affecting the people’s minds. The woke culture here is virulent as in the rest of Europe and America and even Turkey among a few other Muslim countries. Many pro vaxxers are also worried about climate change. It is difficult to explain to these people that climate change has nothing to do with taking an injection. Apparently, we will experience more pandemics as a result of global warming. Hence a possible cause for taking the injections, even so analysis is turned on its head when many of these people who believe that injections will save them from the virus also believe that there are too many people on the planet. In some cases, it almost looks as if the injections are combined with a suicide agenda.

The brainwashed sheep often believes in wars on so called despotic leaders in the Middle East, doesn’t care if the people of the Levant lose their homes and believes that mass immigration is the best way forward. They also believe that feminism will solve all the problems created by man, but doesn’t realise that the state is highly dangerous and that women need strong good men to protect them from corrupt regimes. LGBT and climate change are also a part of the death cult and the adherents of the narrative often look very depressed. Simply put, if we have sex changes we can’t have children and if we believe that breathing increases the risk of melting icebergs then it is easier to seek euthanasia from the masses. When confronted with the idea that Bill Gates and other elitists; use individually more of the earth’s resources than all the people of Eksjo combined for themselves individually, these people often become aggressive. When asked how climate change will be reduced with AI technology and the elite still jet setting globally, these people simply give an off an aura of indignation.

Moderately brainwashed sheep, are open to listen, and are scared when they are confronted with the fact that the injections are just an experiment and that in Australia people are not allowed out of their homes.

Mildly brainwashed sheep, regret that they took the injections and feel too much in despair about taking treatment regarding the poisons that they injected inside of them and know that the so called Covid virus is injected into them and that unvaccinated are Certificated of Vaccinated Identification free or COVID for short.

A few people are hoping that so long as they are quiet, they won’t have to take the injection, but recently they seem as though they are seeking something.

Most Christians, believe it is their duty to save others and to take the injections. In the religious community, the Black Christian Africans seem to be the only religious group who see this wholly as a satanic agenda and would rather die than take the poisons. Most other immigrants, who fled bombs don’t see a connection with injections in being another type of warfare. It is interesting that back in their homelands, the people are not taking the injections.

In the end a group of freedom fighters is the only way out. This opinion seems to be increasing among the non-vaccinated.

As for my own views, I don’t really know, I am merely reporting what I have been told from others. I am ominously expecting to see less pregnant women next year due to this mass sterilisation programme affecting both men and women.

Men here have more respect for women than in the UK. Last year I spoke to a full term pregnant woman had been shouted at by men for not wearing a mask. There was talk of expecting women in labour to wear masks in hospitals and this actually took place in France. Even so, a few non injected Swedish mothers who broke up with the father are in dismay since their children have become injected. While Swedes are experiencing a decline in their mental well being, this is much less severe than in other countries were people are being beaten up by police for not wearing masks or being threatened with forced injections.

Most doctors have good intentions, but are probably too young to remember victims of Thalidomide and of course the Spanish Flu injections. The list goes on, but then I would need to digress from the Swedish perspective.

Finally I believe that the main aim is not to kill people, just to prevent babies being born and that’s the reason why they want the children. In the meantime millions at least will die from the toxicity of the poisons, and given that the elite don’t have a cohesive plan to reduce us down to 500 million; anything is possible. As such: I much prefer swimming to being on line with 5G radiation. My best line of defence is my sport and I am thankful that the pools are open here.